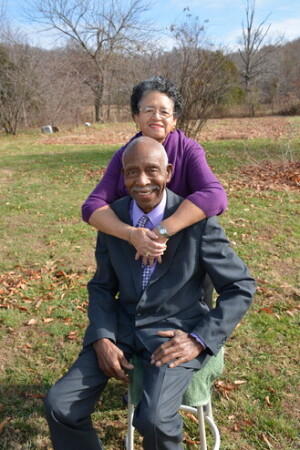 Wilma Gooch, 83, widow of Albert “Sam” Gooch, Jr., was called to eternal rest on Wednesday, April 20, 2022 at Stanford Care and Rehabilitation. Born on March 25, 1939 in Liberty, KY to the late Marshall and Edith Wilkinson Patton. She attended Indian Creek School in Casey County and retired as a cashier from Food Fair and worked for Mrs. Butcher for many years. She was a faithful member of Bethel A.M.E. Church-Boneyville, in Stanford, where she was the President of the Usher Board and served on the kitchen committee. Wilma loved to cook and she did it well. She prepared and set the table with her homemade recipes everyday while she was able. Wilma loved her family and friends unconditionally and hosted her annual “weenie roasts” to gather the ones that she loved so much to fellowship with each other while her health allowed.

In addition to her parents and husband, Wilma was preceded in death by one sister, Gladys Bridgewater and three brothers, Donald Ray Patton, Clifford Patton and James Marshall Patton.

Funeral service will be held on Tuesday, April 26, 2022 at 1:00 p.m. at Bethel A.M.E. Church-Boneyville in Stanford with Rev. Reginald Pullum officiating. Burial will follow at Gooch Cemetery in Stanford. Before the funeral, there will be visitation at the church from 11:00 a.m. to 1:00 p.m.

To send flowers to the family or plant a tree in memory of Wilma Patton Gooch, please visit our floral store.